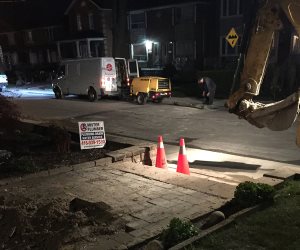 Mister Plumber replaced two old underground water pipes for semi-detached houses located in St. Clair Ave West and Caledonia road neighborhood in Toronto. Both water lines were installed into one trench on the border of the two houses. The city portions from the road to the property line were upgraded by 3/4” copper approximately 3 years ago. However, the private sides originally had galvanized pipes that started leaking due to severe corrosion. Home owners contacted Toronto Water and both curb valves were shut with an installation of bypass pipes from neighbors’ garden taps in order to avoid water supply interruptions as seniors live in both houses. Mister Plumber dug one hole near the city valves in front of the house and then by using the torpedo, drilled channels from the basements to the outside hole. Our licensed plumbers installed new 3/4” copper type “K” pipes and connected them to city valves. The job  was complicated because of the underground water accumulation from a past leakage, which lengthened the time necessary to finish. As shown on the picture, it was late evening when the job was completed. Toronto Water covered the hole with asphalt temporarily, with the intention of restoring interlocking in the near future. Mister Plumber is a team of licensed plumbers in Toronto, who have over 15 years of experience in water services upgrades. Do not hesitate to call us and get a free quote. 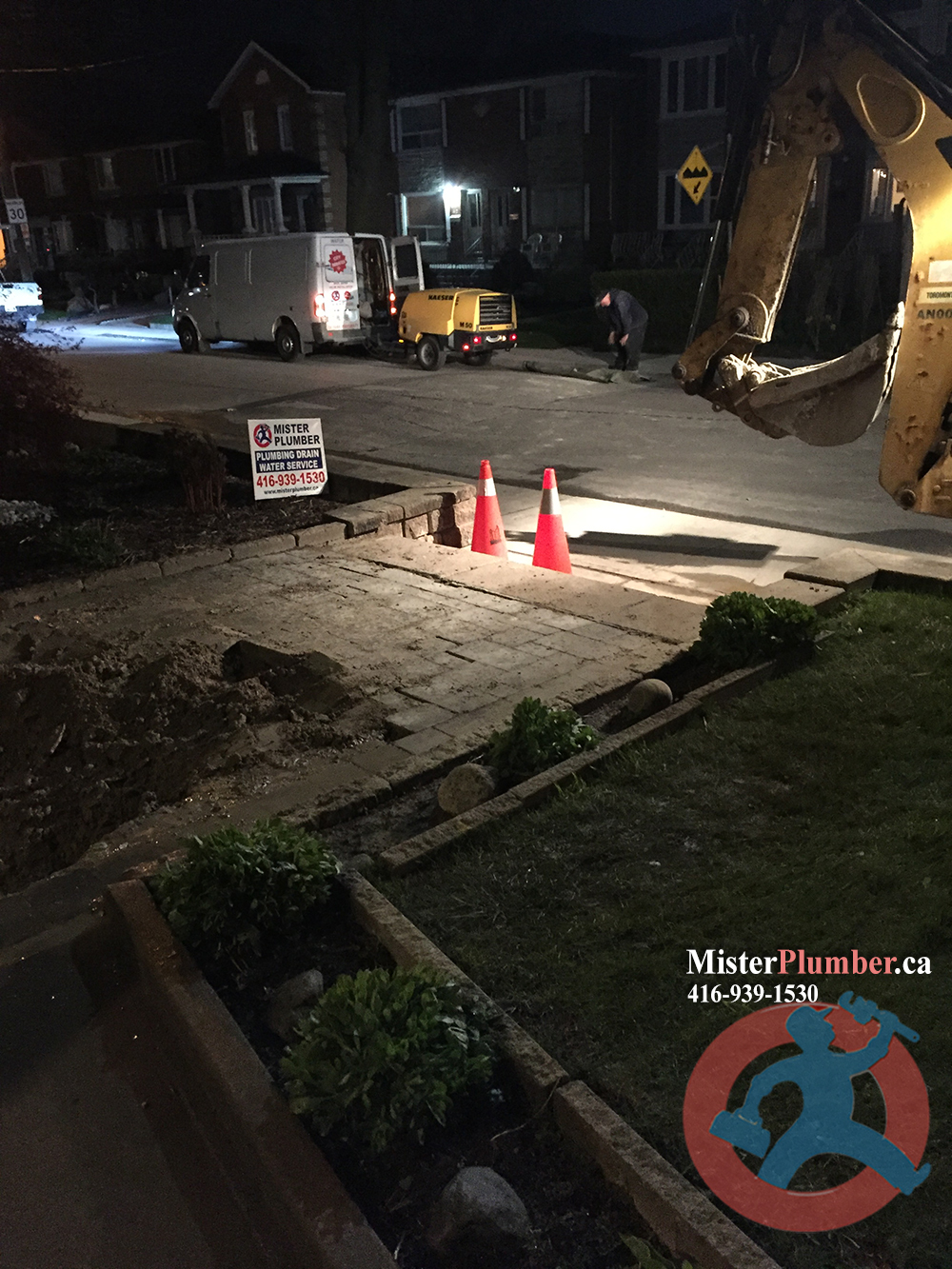