Like any trade or discipline, plumbing has evolved over time, and will continue to evolve. Whereas in a bygone time, it would have been acceptable to have lead piping in your plumbing, we now know that lead can be dangerous. The early 20th Century saw the introduction of PVC piping in plumbing, and later on in the century, low-flush toilets were introduced. New changes in technology have crept into the plumbing trade by way of sophisticated new methods of drain inspection, as well – a plumber in Toronto with experience will use state-of-the-art CCTV cameras, for instance.

This is all to say that, in an effort to make the public and private water systems safer and more efficient, city councils will often mandate the installation of new plumbing features, often on the back of ample research. As the trade (and the industry surrounding it) makes new innovations, homeowners are sometimes forced to upgrade.

In this article, we will be discussing Ontario plumbing codes and regulations, which change every 2-3 years and bring with them some new, mandatory things that homeowners need to do. In particular, we will discuss two recent developments – backwater prevention and the ThermoDrain Building Code Amendment – and explain some of the reasons behind the mandates, as well as how we can help.

First, according to the city council’s decision, any homeowner in Toronto applying for a plumbing permit for either new construction or the addition of new plumbing fixtures to an existing basement must install a backwater valve. If you are unfamiliar with what a backwater valve is, don’t worry – it’s really quite easy to understand. Essentially, a backwater valve is a flow control valve that allows wastewater to drain away from your home, but will close if a reversal of flow should occur. 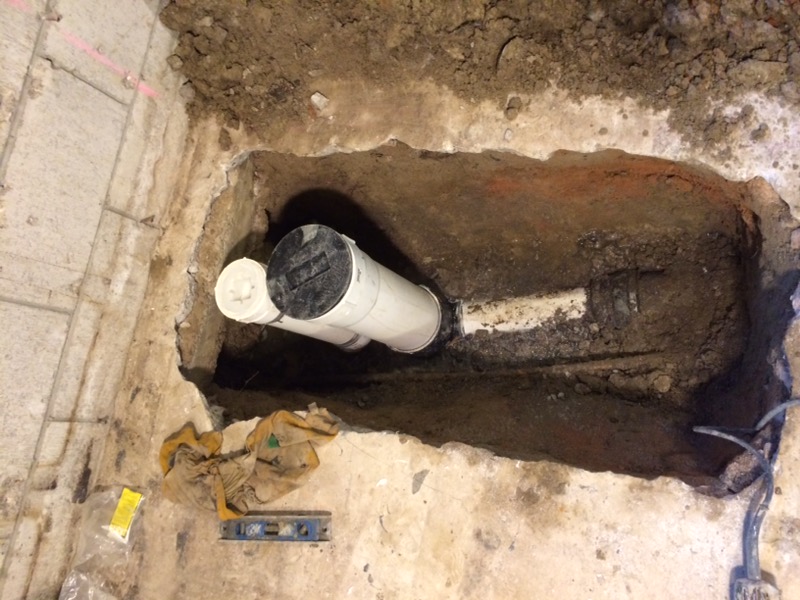 It is necessary for a number of reasons. Firstly, the city is growing, and that means bigger loads for underground sewer pipes. Also, the weather has become more unpredictable lately, and heavy, long-lasting rains are not uncommon. For these reasons, city pipe overflow is on the rise (quite literally), and the purpose of a backwater valve is to prevent sewage backup to a homeowner’s basement in the case of city pipe overflows.

Such situations are beyond a homeowner’s control, but could nevertheless cause damage and health risks. Wastewater backflow can structurally damage a basement, as well as ruin valuables and appliances. Worse yet, the ensuing bacteria and mould can pose a real health threat to those living in the house. Rather than potentially suffer the deleterious effects of city pipe backflow, it is wise to call a plumber in Toronto to install a backwater valve in your home.

They are required to protect basement fixtures and below grade drainage openings, which are susceptible to storm water and sewage, as well as subsoil drainage pipe that links to a sanitary drain. If you are curious about the City of Toronto’s rundown of backwater valves, along with the pertinent applications and submissions, check out the linked page. When it comes time to choose a licensed plumber, go with Mister Plumber – we have loads of experience and scores of great reviews to back it up!

The second mandatory installation is a new innovative product called “ThermoDrain”, also known as a heat recovery pipe. Here’s roughly how the ThermoDrain works: when the shower is in use, it discharges a lot of hot water into the drain, and as that hot water travels down the ThermoDrain pipe, it heats up cold water, which is wrapped in a spiralled coil around the drain pipe, thereby warming up fresh water that is going back into the drain pipe. If that sounds a little complicated, it’s only because, without a visual aid, the ThermoDrain can be tough to explain. Check out the picture below that we took, which shows a ThermoDrain we installed; you can clearly see the coil around the pipe, which is conveying fresh, warm water heated via conduction by the hot wastewater running in the main pipe. 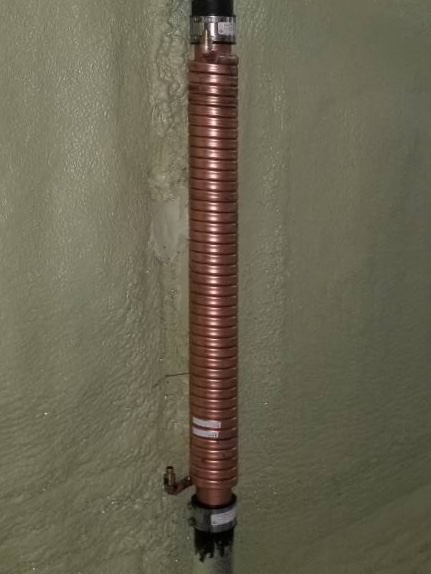 Because the ThermoDrain gives water a head start on warming up, it takes less natural gas to bring your water to a desirable temperature. Over time, and in every new household, this represents a major reduction in the amount of natural gas we use. It saves on the cost of your utility bill and makes our planet greener, which is why in January of last year the new Ontario residential building codes mandated their use.

This isn’t altogether new, as Manitoba had previously mandated the use of heat recovery pipes, as had some states, like Washington. With everyone becoming a little more thoughtful about waste and the environment, the mandate makes a significant step forward, one that, fortunately, in the long run, will be accompanied by homeowner savings. Contact us here at Mister Plumber to install your very own ThermoDrain; even if, right now, you aren’t mandated to do so in an existing home, it is still a great idea, since it saves energy and money.

Plumbing will continue to evolve, as problems continue to present themselves and inventors continue to innovate. There is no way of telling what new mandates lie around the corner, but we can assume that they will have everyone’s best interests in mind. In the case of backwater valve installation, the mandate sought to help prevent city wastewater from ruining homes, and in the case of ThermoDrain, the mandate sought to make our homes more energy efficient. These are noble goals, and we’re glad they have been enacted.

If you need either a backwater valve or a ThermoDrain installed, don’t hesitate to call Mister Plumber. We work around the clock, 24/7 to meet your plumbing needs with a professional, experienced touch, and we service the whole Greater Toronto Area – from Burlington to Brock! Also, if you want to chat more about plumbing regulations, our line is always open. As Toronto’s premier plumbing company, we are happy to provide both service and education to all Toronto homeowners. Don’t wait until the wastewater has already flooded your basement – call us today!

Toilet and barrier-free shower
Scroll to top
Accessibility by WAH